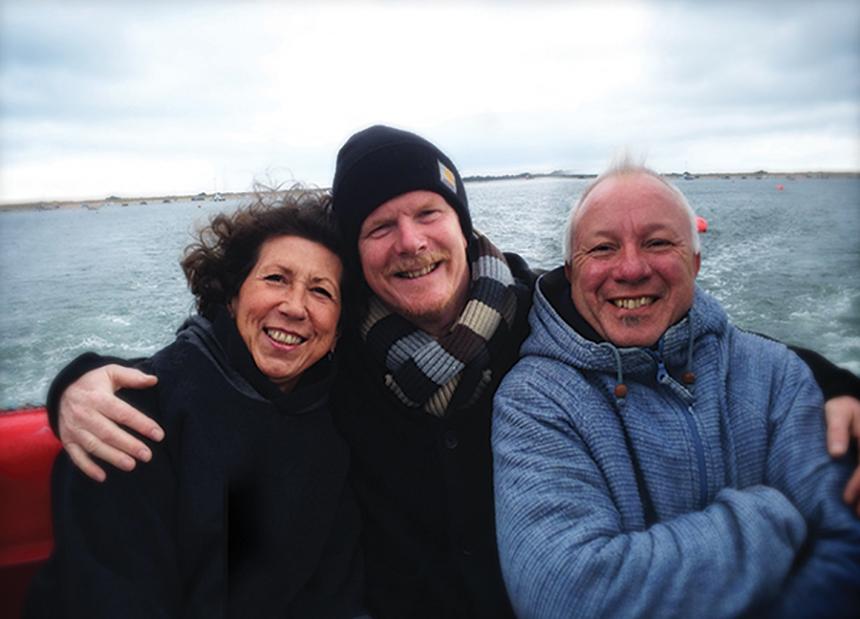 Richard Adams and Tim Woolgar first met in 1979 at Leicester Polytechnic where they found themselves almost by accident on the BA Graphic Design course. Although pursuing the same path their lives only crossed in the refectory or at crits; Richard was always good, hard-working, Tim was always good, at talking. The serendipity played out when both moved to London after graduating; Tim set up the Inkshed illustration agency with Richard as the star illustrator winning awards and competitions. Tim met Jacqueline and Jacqueline met Richard and they all joined forces to buy a gallery in Columbia Road where Richard had his first exhibition in 1991, Touring Britain. As friends and working partners, they have successfully toured Britain (well the south of England) ever since.

Marian Hill's collaging technique
13 Jul 2018
A lot of visitors have been asking about Marian's method of working so here is a video to…
An Appreciation of Richard Sowman
17 Jul 2018
A visitor to the gallery offered this review of  Looking at the Sun  -  Richard Sowman,…
In Katarzyna Klein's Studio
20 Jul 2018
Katarzyna Klein's studio is a busy place; with activity - she paints, working on several…
Fresh
19 Apr 2018
Preparations are underway for Fresh art fair in Cheltenham, the gallery is filling up…
Sisterhood
08 Mar 2018
International Women's Day on 8th March offers a particular time to reflect on the…
The Art of Print
28 Mar 2018
It is so good to have our first curated exhibition of the year up, Printmakers. Fresh,…
Keeping the Faith
07 Feb 2018
This week has seen us considering our showing at Fresh, the art fair to be held at…
Exciting Times Ahead
21 Feb 2018
Whilst it is all quiet on the surface we are paddling away furiously underneath. Not only…
A New Year in Devon
10 Jan 2018
It is a beautiful morning, as I drove over Hembury Hill the mist lay low in the valley…
Things of Beauty
17 Jan 2018
I have just returned from a trade fair in London, I am bamboozled by the amount of "stuff…
Planning and Serendipity
24 Jan 2018
Whilst January is the time for dreary grey outside it is also the time for brightness,…

Going to Battersea Affordable Art Fair
12 Oct 2017
It’s October, we’ve put our Birkenstocks to bed and it’s time kick leaves through…
Our new web site
28 Sep 2017
It's been a while coming but it's here in all its glory. Don't bother reading this just…
Webmastery
17 Aug 2017
The web site is a modern day must for any business - it’s the skeleton for the social…