Irene Jones’ painting is inspired by her love of Elizabethan portraiture, fuelled by her passion for storytelling and practised through a lifetime of painting. Aged 13 Irene attended the art school attached to Nottingham College of Arts and Crafts. Here she later studied graphic design and went on to work on sets in repertory theatre before pursuing her own art.

The influence of the theatre is evident in her work, in the lavish costumes and particularly in the way she creates a sense of having interrupted the drama mid action. Controlled gestures, sideways glances and symbolic details feed the narrative yet do not impose a single story. Her interest in history is clear, however these paintings are not slavishly historical. Rather, fixed in the 21st century they are concerned with the perennial issues of human life; love, loss, desire, friendship and betrayal. Informed by dreams, fears but most of all her imagination they are unique and timeless.

Since 1970 Irene has lived in Devon exhibiting in the south west including at the Royal West of England Academy.

Irene will be exhibiting with Hybrid at Fresh art fair in Cheltenham 2021. 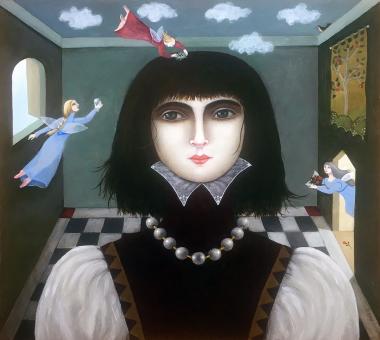 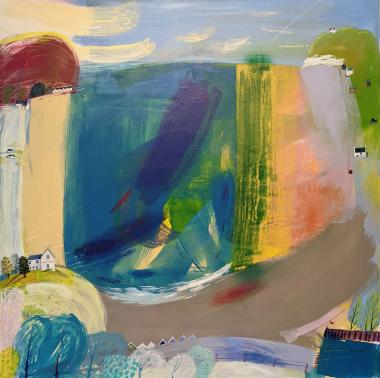 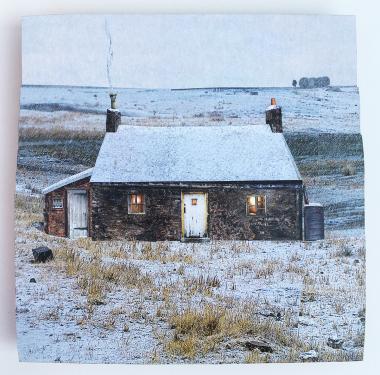 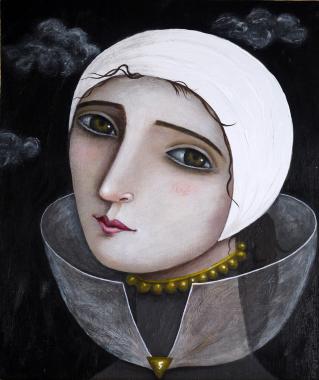 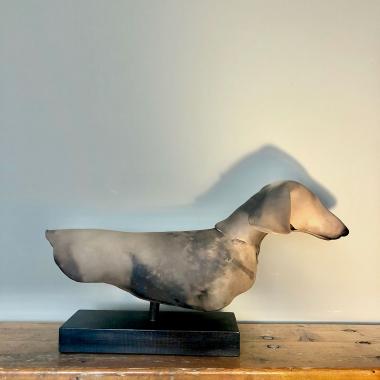 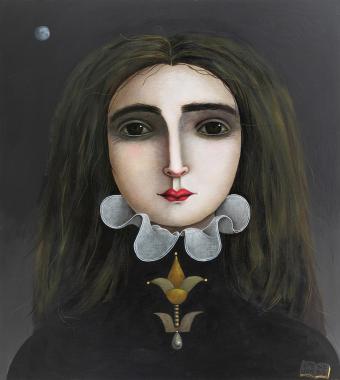 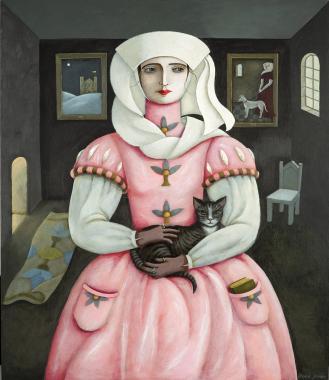 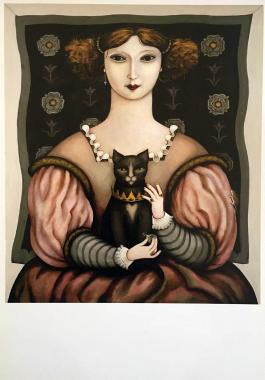 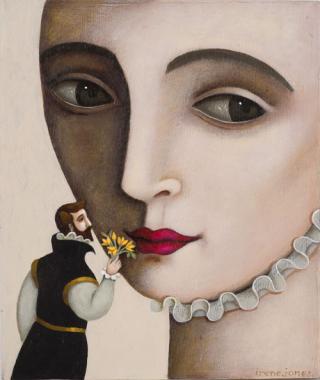 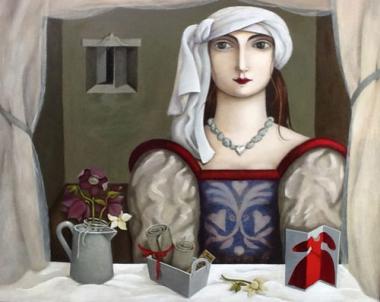 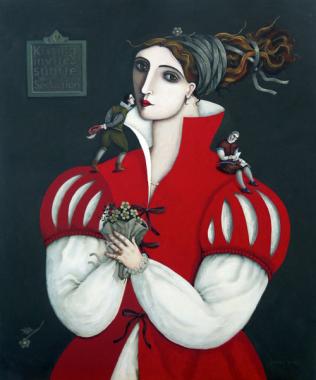 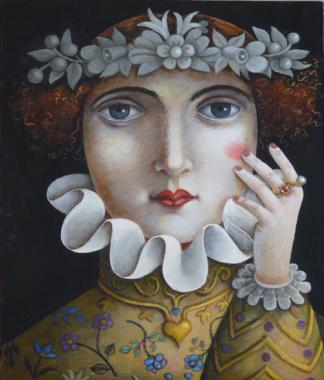 In High Esteem
05 Apr 2019
This month it is 10 years since we first hung Irene Jones’…
Keeping the Faith
07 Feb 2018
This week has seen us considering our showing at Fresh, the…
Going to Battersea Affordable Art Fair
12 Oct 2017
It’s October, we’ve put our Birkenstocks to bed and it’s…