Dylan’s canvases of cultivated gardens encourage a sense of immersion and shared experience of the space. He began painting a small area in front of his shed where his children would play and grow flowers, following on from this he created series based on particular gardens.

Using an exaggerated depth of field and pixilated elements Dylan intentionally suggests photography. They are created from memory and whilst having the appearance of a true photograph, on inspection they morph to purely paint brushed on canvas.

His most recent works are much smaller, close ups of summer grasses and blooms.

Dylan was born in Kent and studied Fine Art at Falmouth School of Art. He spends his time between work and studios in Wimborne, Dorset and the Island of Portland. He shows in London, Hay and Portugal as well as with Hybrid in Devon.

Dylan has exhibited with Hybrid at the Affordable Art Fair at Bristol and Battersea. 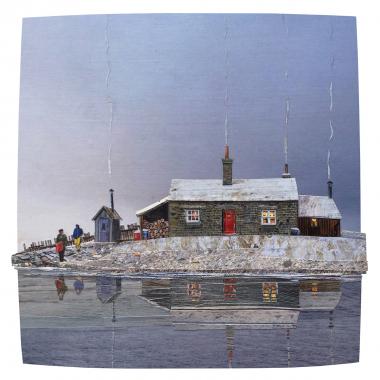 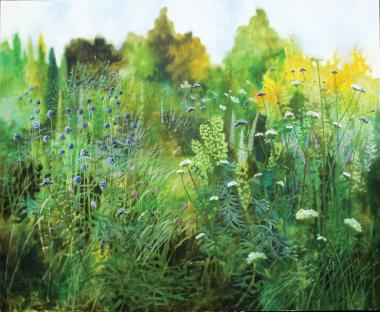 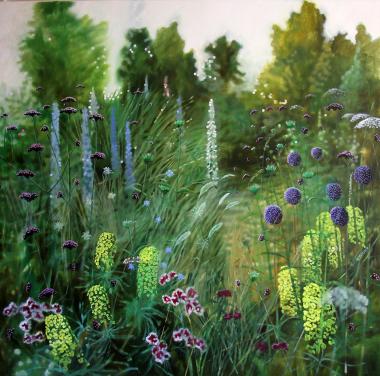 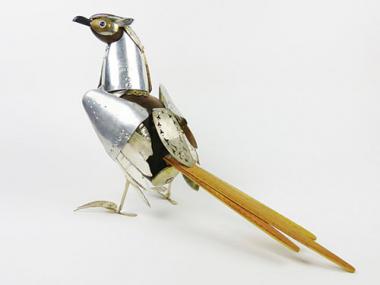